Here at Infrared Training Limited, we are fortunate to be involved in a world record attempt for nuclear fusion. Jamie Edwards, a 13 year old great nephew of Austin, is attempting to be the youngest person in the world to attempt nuclear fusion on March 5th 2014.

Having developed a keen interest in radiation at a young age, Jamie has developed this project with full support of his school – Penwortham Primary Academy. The nuclear fusion attempt consists of him constructing pipe work and creating a large vacuum. Gas can then be inserted onto a probe, which is under a high voltage electrical current to create plasma. If all goes according to plan, the ideal conclusion will be for nuclear fusion to activate.

To determine the success of this attempt, a radiation detector will be used at the end once the electrical current has been switched off- if radiation is present Jamie will have succeeded. Although there may not be much of a temperature rise, we will be assisting Jamie and hopefully gaining some infrared images and film of the whole process.

We are delighted to update you with the news that Jamie Edwards was successful in his world record attempt to become the youngest person in the world to create nuclear fusion on March 5th 2014. Congratulations Jamie!!! 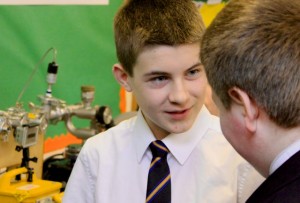 BBC news were present to record this fantastic achievement – click here to watch. 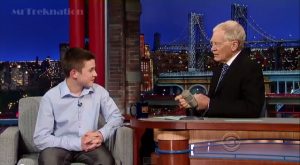